Unless You Remove Dryer Lint In All These Ways, You Aren't Fully Getting The Job Done

When it comes to preventing issues with your dryer, one of the simplest tasks you can do is make sure that there's no buildup of lint. This job, however, involves more than just removing the lint screen and cleaning it out before each time you use the dryer. Lint can accumulate in different areas, potentially risking overheating the machine and even leading to a fire in severe cases. To avoid having to schedule a preventable dryer repair call with your local appliance repair service, here are some other important ways to remove the lint from in and around this machine.

If you never move your dryer out of its position in your laundry room when you do the vacuuming, you're not alone — many people overlook the importance of cleaning below and behind appliances. As far as the dryer is concerned, however, the area behind it can get clogged with lint over time. This can lead to the vents that allow the machine to cool down getting blocked, which can increase the internal temperature of the appliance and risk burning out some of its elements. Take the time to occasionally pull the vacuum out and suck up the lint stuck to its rear.

Each time you pull out the lint trap, you may notice that a small bit of the lint escapes down into the trap, where it cannot be reached by hand. Over time, these small escapees combine to form a large collection of lint, which can be detrimental to the health of the machine. Visit your local big box retailer and buy a lint trap brush. This thin, long-handled implement is designed to be pushed down out of sight into the lint trap and moved around to collect the lint. Repeat this process, as necessary, until the brush comes up clean.

Deal With The Ducts

The ducts that connect the dryer to the exterior wall of your home will accumulate lint over time. In extreme cases, this lint buildup can cause a fire; more frequently, though, the poor flow of air will slow down the time it takes for your clothing to dry, which will result in you having to run longer dryer cycles and put more wear and wear on the machine. Buy a duct-cleaning brush, remove the duct from the rear of the machine and push the brush and its flexible shaft into the duct to pull out the lint. As with deep cleaning the lint trap, continue the cleaning process until the duct brush comes back clean.

For more information, contact A-1 Appliance Service or a similar company. 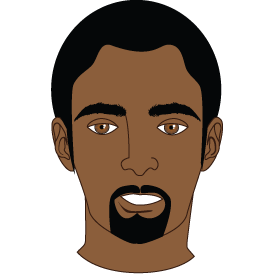 After almost getting shocked and starting a house fire, I realized that appliance repair wasn't exactly up my alley. I stopped guessing and started focusing on finding a professional who could troubleshoot my broken-down refrigerator. It was a lot of work, but after I found the expert, I felt great about leaving my appliances in their hands. They were able to fix the problems without any issue at all, which was a huge relief. This blog is all about hiring a professional to fix your appliances, and knowing the limitations of appliance repair beforehand. You might be able to save some serious money.